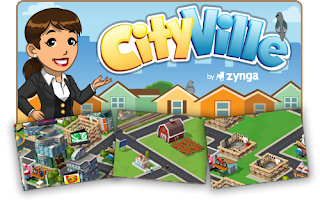 Back when I was still active in checking my facebook, I remember how many friends would post about lost sheep or cows or how bountiful their harvest was. Farmville was the latest craze and I must have received a gazillion invites to join in. I ignored all these mostly because I was too lazy to start anything. Chances are, my farm would hit drought, if there was such a thing, or a swarm or insects would eat all my crops for my lack of logging-in facebook.

Recently, Zynga developed a new game, “CityVille,” which has now become the biggest facebook game ever with over 84 million monthly users recorded this weekend. The game is similar to Farmville, but faster-paced as the central theme is to build a bustling city full of residents, businesses and civic structures. So many have been addicted to this new application and according to blog InsideSocialGames, they foresee over 125 million monthly players will join in.

I really wonder though where the excitement to create a busy city comes from. We already live in a busy stressful city with so many infrastructures, roads, honking cars and smog. Instead of giving us a different world online—hopefully greener, more relaxing and an escape from the hustle-bustle of real life—this game seems to mimic the stress of real life in the city. Maybe there’s more to it, which explains its popularity, but I’m not about to try it for fear that my city will be sequestered, expropriated, burned to the ground or whatever the have for those who don’t always log-in facebook. :p

Posted by Karen Eustaquio at 4:14 PM