Jumping into the Photography Bandwagon

I find it really interesting that many people nowadays can afford a DSLR camera. It's amazing how the prices of these once-coveted cameras drastically spiraled down in just a few years, making them a common household item, and making virtually everyone a "photographer." Photography used to be the hobby of the upper echelon, if not the career of the middle class. Today, it has flowed effortlessly into the mainstream, such that DSLR cameras have become the new tamagotchi of the decade. They now come with different features, in different sizes and yes, ladies and gentlemen, colors. 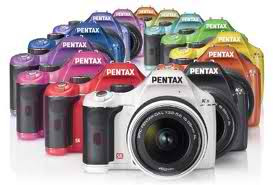 I have come to know that the bright and cute-colored cameras are usually associated with lomography, a rebellious genre of photography popular among the bohemian cliques, guided by their "don't think, just shoot" philosophy. Seemingly, the patrons of hi-res photography grew tired of the usual and boring jet black color of their gears and adapted the artsy-fartsy and hippie colors of lomo cameras.

Pentax has spearheaded the release of these new species of heavy-duty snappers. The Japanese company introduced a wide plethora of candy colors for their entry-level camera, like the Pentax K-x. 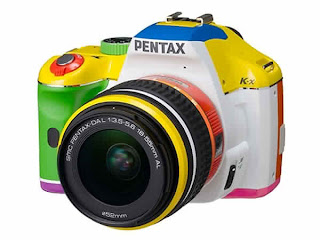 But still, I am not surprised with these developments. The proliferation of social networking sites has allowed for the rise of photo-sharing among friends. A perusal of different accounts reveals a slow but sure increase in the quality of pictures uploaded. Sometimes I feel like there's an enduring contest for the best profile pic, where everyone is impliedly included. The downside is-- or for some people, the upside-- vanity in the Internet is at its all-time high. Today, more than ever, regular people can act like photographers, with themselves as their perfect little models.

I confess. I have succumbed to the fad. I bought my own DSLR with my "hard-earned" election money. I bought the regular, run-of-the-mill, plain old black D5000. The new camera cases released by Pentax is just too flamboyant and pretentious for my taste.