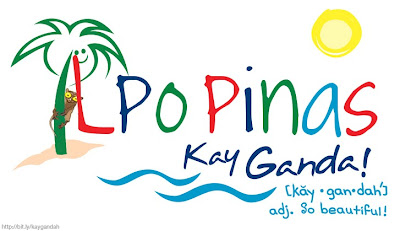 Globalization is a policy, not an act of God.

Globalization, ushered in by falling costs of telecommunications, has led to the disaggregation or “unbundling” of traditional functions of companies into workable units of business processes, and its distribution to those capable of performing it most efficiently, without regard to national borders. Beyond the outsourcing boom in the industrial, manufacturing, and technology sectors, there is a growing trend in the outsourcing of knowledge. In this area, Legal Process Outsourcing (LPO) is currently the fastest growing sub-sector.

The feasibility of LPO in the Philippines, however, does not automatically translate to the viability of LPO as an alternative area of practice among Philippine lawyers. Philippine lawyers cannot simply jump onto the LPO bandwagon without considering the pervading ethical issues Specifically, LPO entails a radically different perspective from the current regulatory framework of the legal profession in the Philippines. Whereas the current framework in regulating the practice of law considers four important relationships – lawyer and society, lawyer and courts, lawyer and client, and lawyers and other lawyers[1] – LPO as an area of practice focuses on entirely different aspects of relationships created by delegation and outsourcing. LPO mirrors the new paradigm in which the legal profession is no longer seen as a unique profession entitled to differentiation, but is part of a larger group of “service providers,” all of whom can be regulated in one regulatory regime. As Terry correctly observes, this new paradigm reflects “a fundamental, seismic shift in the approach towards lawyer regulation.”[2]

In the Philippine context, for instance, the legal profession has always been characterized according to the following criteria: 1) A duty of public service, of which the emolument is a by-product, and in which one may attain the highest eminence without making much money; 2) A relation as an “officer of court” to the administration of justice involving thorough sincerity integrity and reliability; 3) A relation to clients in the highest degree fiduciary; and 4) A relation to colleagues at the Bar characterized by candor, fairness, and unwillingness to resort to current business methods of advertising and encroachment on their practice, or dealing directly with their clients.[3] Thus, in the debate between “profession” versus “business,” the Philippines has always taken the side of “profession,” under the fundamental premise that membership in the bar is a privilege burdened with conditions and carries with it the responsibility to live up to its exacting standards and honored traditions.[4]

On the other hand, the paradigm of lawyers as “service providers” adopts a regulatory framework which will probably subject lawyer regulations to a benchmarking that cuts across national borders as well as other professions.[5] This has far-reaching implications on the issue of regulation of legal services in the context of trade.

A legal and ethical framework for LPO should function both as a way of regulating LPO activities in the Philippines, and a device for fostering a legal environment conducive for its entry to the Philippines. The paradigm of lawyers as “service providers” forces the Philippines to rethink the way it presently regulates the practice of law, and to consider other possibilities consistent with globalization, a process in which the Philippines have become inexorably and irreversibly involved in over the past decade.

Meanwhile, inasmuch as present LPO activities continue unregulated, it has been argued that traditional rules of professional conduct and principles of tort liability will not prevent outsourcing, although these may well render it less efficient.[6] This proposition poses certain challenges in the attempt to develop a legal and ethical framework for LPO. However, it would also seem that the emerging paradigm of lawyers as “service providers” does not, in any way, limit the possibilities for regulating LPO; rather, it redefines the approach towards its regulation, one that considers the similarities between the legal profession and other services that are capable of being traded in the global market, as well as the unique complexities and characteristics that continue to be relevant in the legal profession.

*Excerpt from my own working paper.

[1] R. Agpalo, Comments on the Code of Professional Responsibility and the Code of Judicial Conduct (2004).