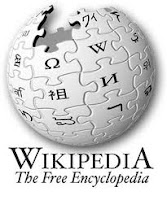 Wikipedia is celebrating its 10th founding anniversary this January 15, 2010. It is first conceived to be a conventional encyclopedia by its founder, Jimmy Wales but it has turned out now to be a free, online, and non-profit encyclopedia. It has revolutionized the idea of encyclopedia as anyone can edit and have full access to the information and data exhibited in the website.

Unlike other websites, Wikipedia has grown to overcome the challenges of the fast and modern world of internet information exchange. It has continued to prove itself worthy of being the 5th most popular website in the world by providing accurate data comparable to that of Encyclopedia Britannica as reported in a study conducted by Nature Magazine in 2006. Today, Wikipedia is available in over 250 languages and is read by hundreds of millions of internet users worldwide.

In it’s 10th year, Wikipedia envisions to concentrate it’s efforts on developing countries with the aim of disseminating information along with these countries’ increasing internet exposure and improving literacy. They also said to focus on catering to mobile phone users who access the website as they come in big numbers from developing countries.

I think, Wikipedia will be a staple top-notcher in the most popular website arena in the years and maybe decades to come because no matter what, knowledge will never be obsolete. Happy Birthday, Wikipedia! ☺